Kshipra: The River Carrying The Nectar Of Immortality 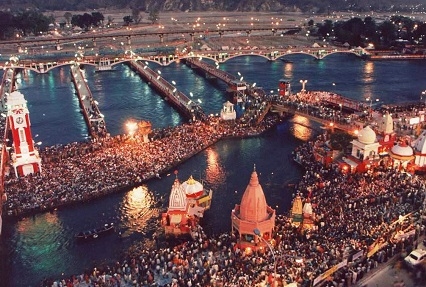 09 Dec Kshipra: The River Carrying The Nectar Of Immortality

Posted at 05:23h in Kshipra River by yogalife 1 Comment
0 Likes The word “Kshipra” is often used as the symbol of purity or chastity. According to the Sanatan Dharma and Vedas, rivers are treated as mothers. As most of the rivers in India have an ancient history associated with them, so does the holy river Kshipra.

According to the ancient literature, it is said that once Lord Shiva was very hungry, and like a holy sage, he took Lord Brahma’s skull and went begging for alms throughout the three worlds. No one offered him anything, following which he went to Lord Vishnu’s residence in Vaikunth and asked him for some charity. In response, Lord Vishnu showed him his index finger. This made Lord Shiva extremely angry and he took out his Trishul to cut off Lord Vishnu’s fingers. This further caused Lord Vishnu’s finger to bleed and the blood accumulated in Lord Brahma’s skull. Soon it overflowed through it and the formed the sacred river Shipra.

It is said that during the ancient times, the rivers were admired and worshipped by the holy Rishis of the Vedic era. The Indian culture has always attached the idea of spirituality with their rivers, be it Ganga, Narmada or Yamuna. The culture is still alive and these rivers are still worshipped religiously by the Hindu population.

The pious river Kshipra is often referred to as “Lok Sarita” or the river of masses since, its origin is directly out of the womb of the earth. It is said that all emotions of human life; sorrows, happiness, expectations and aspirations of common people are believed to be intermingled with the water of the river Kshipra.

Also Read: Diving Into The Mythological History Behind Kumbh Mela 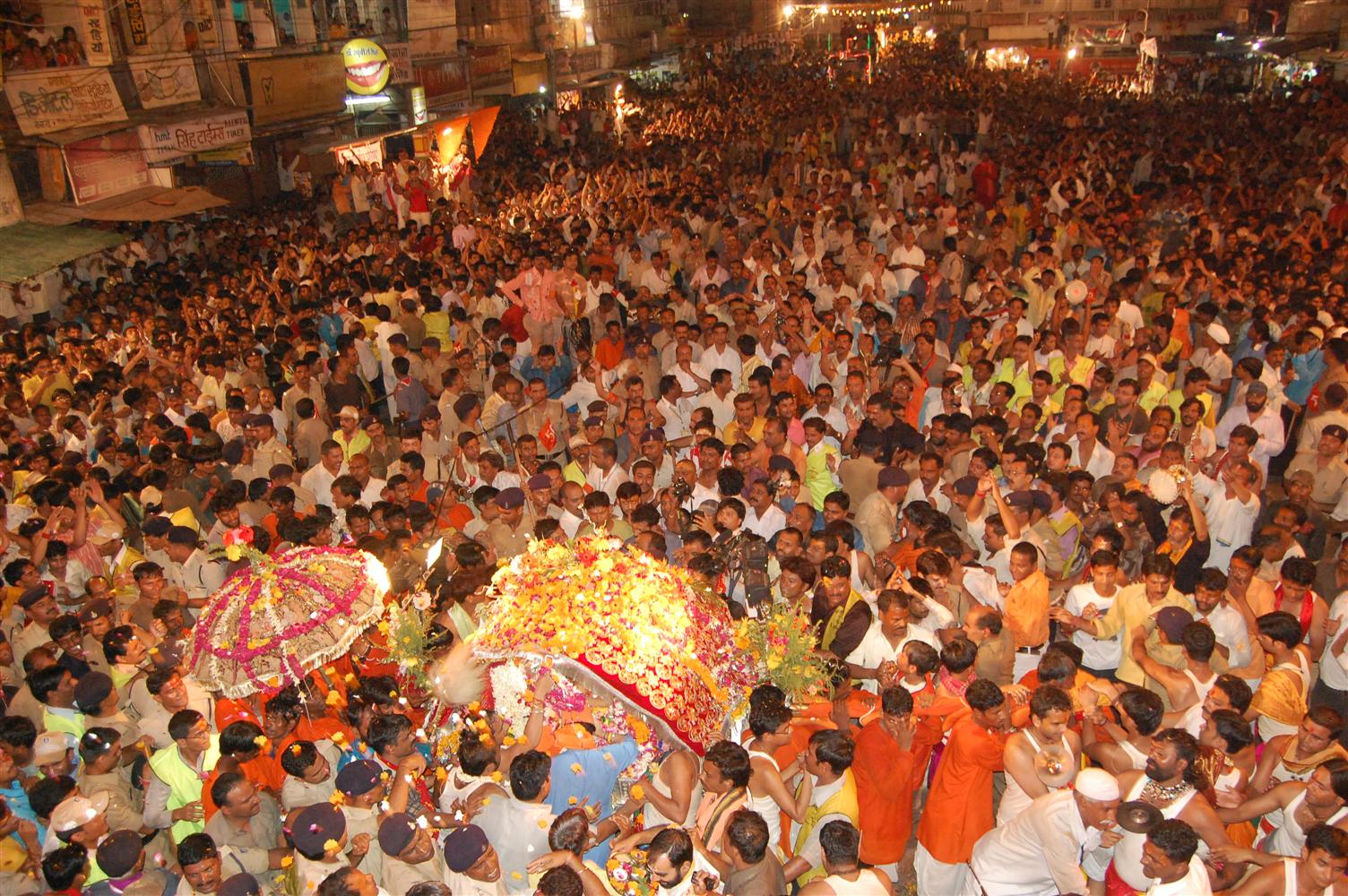 The sacred river beautifully sprinkles its water over the feet of the divine Lord Mahakaleshwar. Kshipra has been praised by many in the holy ancient scriptures. Vedic Rishi has called Kshipra as “Kshipre awe payha”. Rishi Vashishtha called the holy river as the river of salvation or Moksha. The Kshipra river has also been praised in various Puranas like; Bhagwat Puran, Brahma Puran, Shiv Puran, Ling Pura and Waman Puran. Even one of the greatest poets of the ancient era, Kalidasa honored the holy river Kshipra. Once in every twelve years, Kshipra witnesses the largest congregation of humanity when the Simhastha and Kumbh Mela get intermingled. This festival of faith and spirituality is celebrated with great zeal and enthusiasm.

There is another aspect of history revealing the truth about the origin of the river Kshipra. According to literature, there existed a legend known as Atri Rishi, who practiced some rigorous self-punishment for the long period of three thousand years at Ujjain. Throughout the penance, he held his arms upwards. After the completion of this rigorous penance, he opened his eyes to witness a supernatural sight. He saw two bands of light coming out from his body. One of them went into the sky and is believed to be transformed into the moon while the other light band went towards the earth and gave birth to the river Kshipra. 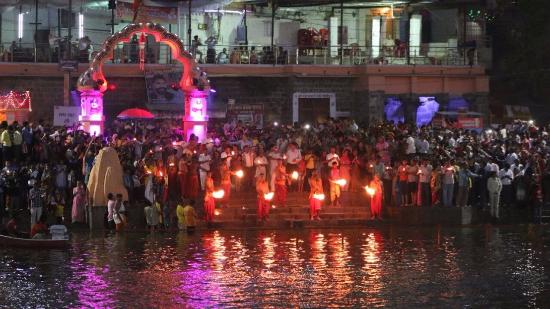 Kshipra surrounds the holy city of Ujjain from three sides. The south-eastern end of the city witnesses its entrance from where it mingles up with the city and flows with a beautiful torturous route at “Triveni” only to get blessings at Mahakal and Harsiddhi temples. It further travels to pass by the Bhartihari caves, Kal Bhairav, Sandipini Ashram and Ram Janardan mandir to reach Mangalnath. After this, the holy river turns to Siddhavat and gracefully surrounds the Kaliadeh Palace. Finally, after passing through this long course, it reaches towards the centre of the city to pay its tribute to the divine Lord Mahakal.

Also called as the Ganga of the Malwa region, river Kshipra has got numerous ancient temples on its banks. There are about 28 pious places (teerths) on the banks of river Kshipra including Karkraj, Nrusinha, Gandharva, Kedar, Som, Chakra, Mangal teerth and many more. River Kshipra flows like Amrit Dhara attracting millions of sadhus, priests, spiritual leaders and devotees to take the holy dip during the Simhastha Mahaparv. The holy river Kshipra is also a site where pilgrims perform Pitru Tarpanam or offerings to their ancestors and funeral ceremony of the departed souls. Come let’s take a holy dip in Kshipra in Simhastha Maha Kumbh Mela 2016. Visit www.yogalife.co.in/seminar, for registration and more details.