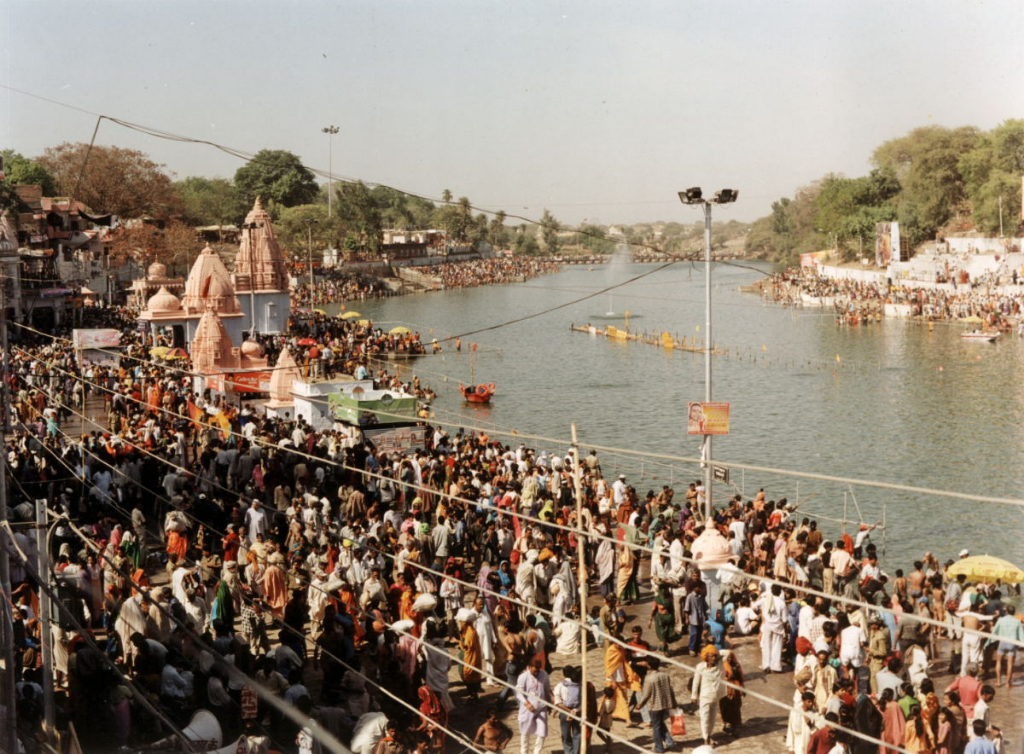 Kumbh is a massive gathering of hindu pilgrims from the world over to experience this one of kind grand event.

As mythology has it, the inception of this festivity began with the epic instance of “Samudra Manthan”, where there was a legendary battle for ‘Amrit’ (drink of Immortality) between the devas (angels) and the ausras (demons). During which amrit happened to spill at four places on earth namely Haridwar, Allahbad, Nasik and Ujjain. With a periodic rotation Kumbh is held at these four places. At any particular place amongst these, kumbh is held in once every 12 years. And while it is the largest congregation of humanity on earth, there are still various myths associated with the same! About time, we burst the bubble. Let us explore the fascinating facts of Kumbh!!

While a lot of us are eager to attend the grandiose of faith, there are still a few filled with the inhibitions of being a part of the gathering. For they have only known that millions of people will assemble for the holy bath and it would be nothing less than chaotic and claustrophobic. But in reality it is well managed to the extent that authorities and NGO’s have been doing their part to make it a fuss free and extremely memorable an event for all the pilgrims.

Fact : Sets up an exemplary illustration for Management Studies

While it is believed that Kumbh is an affair only limited to age old traditions and religious cultural aspects, it is fascinating to find out how “Kumbh” has been recognized as an epic example of how an enormous gathering like this is managed with efficiency. On a global level, educational institutions have conducted interesting management studies on Kumbh. It would be right to say that Kumbh has a huge global appeal too!

Myth 3 : City will be crammed with traffic.

Four lanes, By lanes, bridges have been constructed and the roads have been widened to ensure proper traffic flow. Various roadmaps have been charted to mark the no-vehicle zones so that pilgrims can walk freely without the fear of heavy traffic. Eco friendly autos have been introduced for the convenience of commuting around, at a very nominal fare. Parking areas for two-wheelers and four-wheelers have been separately allotted and the natives will be issued passes for their daily commute in the city.

Myth 4 : Only meant for Saints, religious & spiritual gurus and the elderly.

Fact :  Kumbh has a universal appeal, maybe only more.

People have certain prejudices and presumptions that make them believe Kumbh is only meant to serve the religious purpose of saints, gurus and the old who seem to be on the path of devotion and who are religiously fervent. But the truth is Kumbh mela will bring to you an experience of bliss and might as well turn out to be the turning point of your life. You don’t have to be a downright religious follower to attend it or an atheist to not attend it. Just come and lose yourself to the trance of such magnificence. Yoga Kumbh will have you the opportunity to let lose your apprehensions and adapt to the changes you have been seeking.

You get to stay in portable tents under the camps set up by various sadhus and organizations. They’re beautiful and surroundings are well maintained. Satvik food shall be availed, with proper care taken to maintain hygiene and cleaniliness.
It is definitely not as same as staying at home but then sure a fun way to live for some time.

Myth 6 : You lose a twin/sibling in a Kumbh Mela

Fact : You find yourself instead!!

It is funny like they say you lose your sibling in a kumbh mela maybe because the magnum opus might make you feel like a tiny body and that it’d be easy to lose anything here. But the fact lies in finding your own self, in discovering parts of you, you knew nothing about.

Exactly what the Yoga Kumbh is going to do for you. When spiritual masters and scholars shall come together to share their lives and the journey of transformation that will leave you nothing less than inspired and fueled with a fire within to know thyself. You will learn to connect with your own, to live in the moment and will realize the greater trith of life. What do I say, divine bliss?
You sure don’t want to miss something like this!!

It is a carnival of ages you can’t afford to miss and you’ll thank yourself later for all the spiritual ecstasy and self consciousness that goes with you!

So come. Live. Relive for the rest of your life.