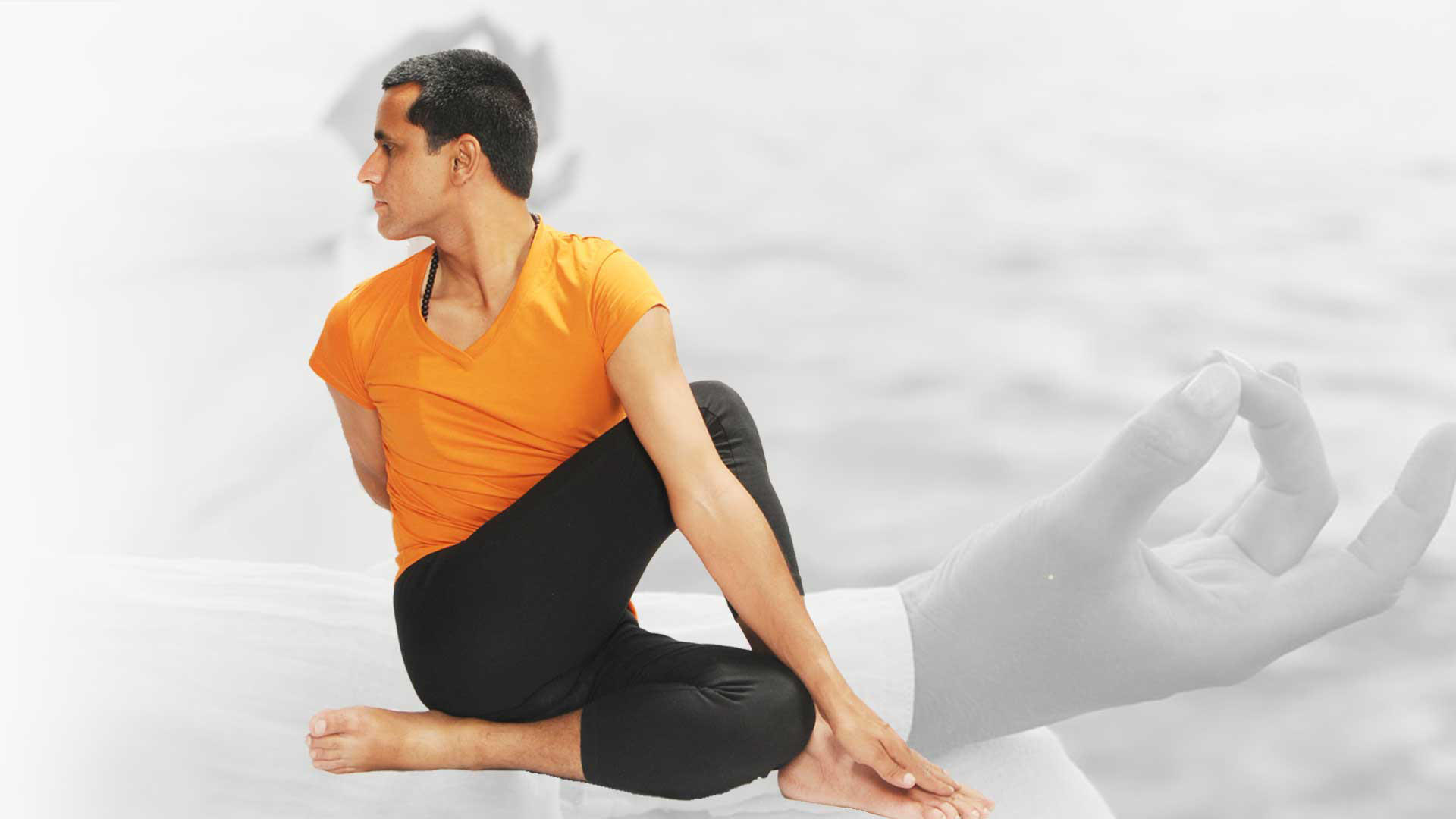 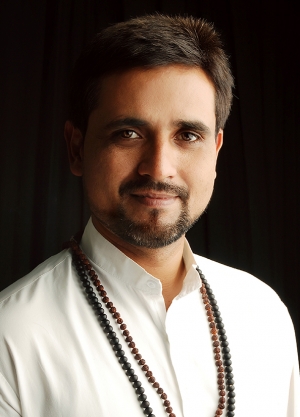 Pundit Radheshyam Mishra (PunditJi), Founder and the Director of YogaLife Global (formerly known as Ujjain Yoga Life Society or UYLS) is admired for his notable contribution in teaching Traditional Classical Yoga across the world since 1993. He has teaching experience with half a million people in more than 50 countries.

At the age of 14 years, he started his journey and visited several Gurus to understand true path to this life. He has spent his initial years studying various traditions & cultures of India from various renowned Masters – Indian classical music Tabla & Flute from Pt. Lalit Mahant, Pt Malhar Rao Kulkurni, Indian Ritual Traditions Karmakanda from Pundit Jagdish Chandra Bhatt, Astrology and Ayurveda from Kesharimal Vaidya and Tantra traditions from Umesh Bhatt. Pundit Ji was Born in a holy city of Central India ‘Ujjain’, in a Brahman family. He left his household at the age of 14, as he decided to choose a different path then what his family chose for him as his life principals were not aligned what is father believed in. This decision presented lot of challenges in his early life, as he could not afford his education and barely made enough money to support his livelihood. At a very early age he started to earn and save money through selling things in trains or footpath, working in restaurant, followed by working for a Hindi daily newspaper, Theater and then to Bollywood film Industry, etc. Regardless of his hardships he continued for his learning journey and decided not to give up.

Later  at a very young age, he suffered from acute asthma, but his immaturity and ignorance never made him vigilant about the condition until it developed into a chronic disease in a very short time. As he turned 23, doctors claimed he is suffering serious Asthma and it’s not curable and he may only survive for few more months. He felt very helpless and started losing hope for life.  As he was losing hope, he had a miraculous experience.  A Hindu Sanyasi (Monk) came into his life introducing himself as Brahmachari Krishna Chaitanya. Looking at the grievous condition, he urged Pundit Ji to perform yoga under his guidance, which may help him with his Asthma. Punditji by this time was desperate and was looking for cure decided to surrender and, he followed very hard training given by the Brahmachari. To his surprise miracle happened and within 6 weeks of Hatha yoga training, he realised that his condition significantly improved, and he could barely felt asthmatic symptoms. He also started putting healthy weight and saw significant change. He weighted 48kgs and in few weeks it went up to 58kgs. He was able to consume normal diet. At this point PunditJi was intrigued and decided to learn everything about yoga.  The opportunity was presented to him when unexpectedly the monk mentioned that he must depart to take care of some important work and will return as soon his work will complete and he requested Punditji to teach Yoga to his class. This was first time when Punditji got an opportunity to teach Yoga and he also decided to pursue his journey in the field of Yoga. This was truly a miracle as his yoga teacher, the Monk never returned and even after lot of search, PunditJi could not find him till date.

His systematic training in the science of Yoga started in 1993 at The Yoga Institute, Santacruz Mumbai under the guidance of his true guru, a living Yogi Dr Jayadeva Yogendra and his soul-mate Dr Hansa Ji Yogendra. Pundit Ji completed his graduation in 1994 and processed to conduct Yoga training for various groups around the globe. He taught Yoga in many schools, hospitals, Police groups along with conducting workshops for the corporate world & trained many executives of renowned multinational companies.

Through his unending soul-searching quest, he then decided to devote his entire life to promote Yoga in India and around the world and soon became a renowned International Yoga Guru. With a greater vision to uplift the society and to nurture its great potential in the field of Yoga, he established “YogaLife Global” in 1996 and has since traveled around the globe teaching, sharing and expediting his knowledge in the field of Yoga and holistic health. He has conducted teachers training programs and has trained nearly 4000 teachers, established over 370 centers by training teachers around in 22 countries out of which mostly in Brazil. He has visited 56 countries for conducting yoga courses, workshops and delivering lectures in International Conferences. He has founded two Ashram (Yoga hermitage) named Satyadhara Yogalife Ashram in Choral Indore India and the other one is in Terra de Areia RS in Brazil.

Pundit Ji always desires of give back to the society what he received these teachings from his extraordinary Gurus of great lineage of Yoga and thus made remarkable contributions for the world by authoring six books on Yoga; released a world popular video DVD “24 Minutes Yoga for 24 Hours of Energy” along with an audio CD on Patanjali’s Yoga Sutras known as “Pantanjal Yoga Darshanam”, making the great philosophy of Yoga easy for a laymen to understand and make yoga part of their daily life.

Additionally, he has been honored with many awards and recognition from the Government of India. He has also been a member of Yoga expert committee for Yoga in Higher Education, nominated by Minister of Human Resource & Development and University Grants Commission for making policies and syllabus of Yoga in Universities & Colleges in India. He was also awarded with Ph D in Vedik Yoga from Y S University, Florida, USA