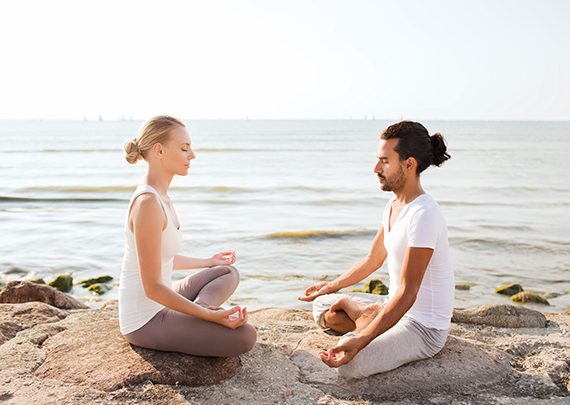 A Government Registered non-profit organisation for promotion of Indian Classical Yoga around the world.

Founded by Pundit Radheshyam Mishra in the year 1996, YogaLife Global, (formerly known as Ujjain Yoga Life Society or UYLS) is an organisation committed to promote Indian Classical Yoga around the world through training & teachings, research and publications. This organisation is registered with Income Tax act 80G for tax exemption and Foreign Currency Regulation Act of Ministry of Home, Government of India for receiving donations from outside India. We are also a non profit organisation in USA as YogaLife USA Inc. under 501(c) and in Brazil as Satyadhara YogaLife Ashram. We are also known for the way we teach- scientific approach in modern way.

We at YogaLife Global have enduringly believed that a place like us can exist that is totally dedicated to Yogic lifestyle, personal growth and the upliftment of each and every individual through Yogic efforts. A place which emphasises on Yoga as a Way of Life, which can also work as therapy and thus helps to educate people about, living healthily and embodies all that is essential for one to know of its body from inside and maintain good health.

The internationally recognized Yoga Guru, Pundit Ji began teaching yoga in early 90’s. An exemplary pass-out of the world’s oldest yoga organization The Yoga Institute, Santacruz, Mumbai, over the years he has developed a differential method of Classical Yoga with Modern Approach, which he continues to refine each day. Today, his unique method is practiced by thousands around the world, with more than 2,500 his trained teachers in 51 countries across the globe.

In 2010 YogaLife came into its being and became a reality as a well organised Yoga centre in Central India (Madhya Pradesh). In 2012 we opened our first branch in Rockville MD, USA, known as YogaLife USA Inc and continued with two more branch opening in New Jersey and California. Today there are more than thousands of Pundit Ji’s students teaching practicing Yoga all over the world and we have 240+ branch/affiliated centers around the world.

YogaLife Global has a universal and deeper vision to spread Classical Yoga and its existence in original form. With continuous efforts towards spreading Yoga awareness, YogaLife Global has brought laurels to itself and country from all over the globe by organising International Yoga Seminar in 2010, 2011, 2012, 2014 and in 2016. In a short span of time, YogaLife Global has conducted and delivered numerous programs and has successfully made its recognition in one the few known Yoga centers all the World.

We at YogaLife Global believe in bringing the world together for the noble cause of spreading Yoga awareness for perfect health, harmony, peace and happiness to prevail all over the world.