UYLS is conducting these Yoga Teacher Training Courses at one of the most beautiful beach in the world – Colomb, Palolem, Goa. Colomb – Palolem Beach is largely unspoiled and is inhabited by both local fishermen and by foreign tourists who live in shacks along the shore or in the main village itself. It is about one mile (approximately 1.61 km) long and is crescent-shaped; one can view the entire beach from either end. Both ends of the beach consist of rocks jutting out into the sea. The depth of the sea increases gradually, being shallowest at the northern end of the beach, making it safe for average swimmers, as the currents too are not very fast. The beach is featured as the Goan residence of Jason Bourne (Matt Damon) in the film The Bourne Supremacy(2004). The initial footage in the movie gives a good idea of the natural beauty of the beach – the distinctive tree covered rocks at one end (known locally as Green Island). 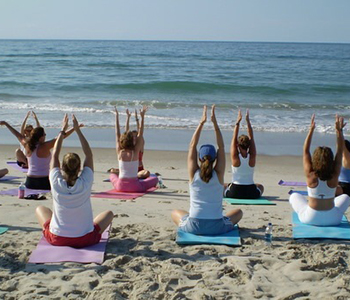 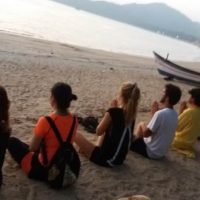 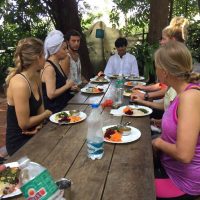 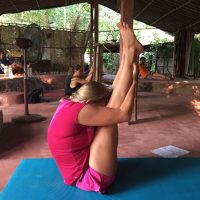 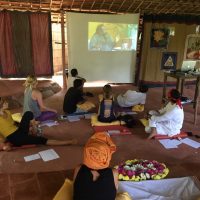 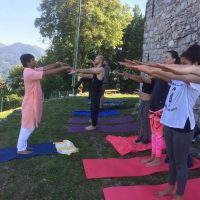 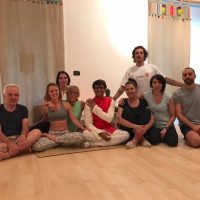 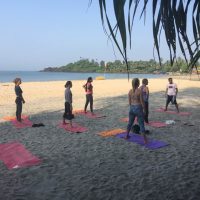 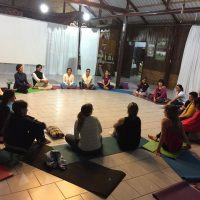 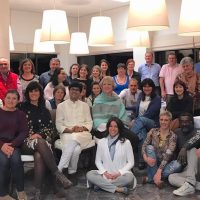